The Truth About Rattling In Big Bucks

By now just about everybody has seen someone rattle in a buck on TV. Usually, the hero is demoralized as he sits in his stand and ponders the inevitability of a meal of tag soup. It looks like hunt is all but over when our hero pulls out his rattling antlers and recreates a buck fight. In less than thirty seconds a heavy racked buck bulldogs his way to the hero’s stand and meets his demise. It looks pretty simple and incredibly effective.

The following season everyone who witnessed our hero’s successful rattling is in the woods with their own set of rattling antlers. They could be a pair of sheds, a set of antlers from a deer killed a few seasons ago, or even one of those space age looking disc things. After a few hours in the stand without a deer sighting, the rattling begins. But this time no bruiser buck shows up to the party. The hunter begins to wonder what’s missing.

The truth is rattling will work just about anytime, anywhere. But how well it works can vary depending on a handful of factors. Sometimes, bucks will come running as if they can’t wait to see a good fight. Other times there won’t be a response. Most of the time nothing happens. But all it takes is one time for the effort to pay off.

Bucks are rattled in throughout the season. But the best time for rattling is right before the peak breeding period of the rut. Bucks are looking for any opportunity they can find to breed a doe and will check out all possibilities. Once does are in estrous, it is tougher to get bucks to respond to rattling. Mature bucks will pair up with a hot doe and breed her several times before moving on to another.

The timing must be perfect for a big buck to leave a doe he is breeding. The phrase “one in the hand is worth two in the bush” goes for bucks too. While odds of bringing in big whitetails with rattling decreases at this time, it is still worth trying. Younger bucks will still be responsive and you never know when you may catch a big boy who is back on the prowl after breeding a doe. Estrous cycles are an important factor in rattling. But hunting pressure can also affect your results. Some states hold their gun deer seasons at peak rutting periods. This is a great way to give more hunters an opportunity to shoot big bucks. But it makes rattling success hard to come by. Even if bucks are chasing does, they are more leery about coming to rattling if hunters are scattered about the woods. In this situation you will often rattle in more hunters than deer. If there are a lot of hunters in the woods during the rut in your state, try rattling the week before gun deer season.

Late in the rut is another prime time for rattling. By this time, most of the casual hunters have put their rattling antlers away. Most does have been bred as well, but bucks are still looking for opportunity. As remaining does begin to end their estrous cycle, bucks become desperate for one last chance to breed.

As you have read, rattling works because bucks are looking for opportunities to breed. Much of your success will be determined by timing in the rut. However, buck to doe ratio in a given area is also a big factor. If there is a lot of does in the area, breeding competition is light. Bucks simply don’t have to fight to breed because there are plenty of does around. Again, rattling can work anytime, anywhere. But if the buck to doe ratio is around one to three, you are more likely to have TV-star success when rattling. 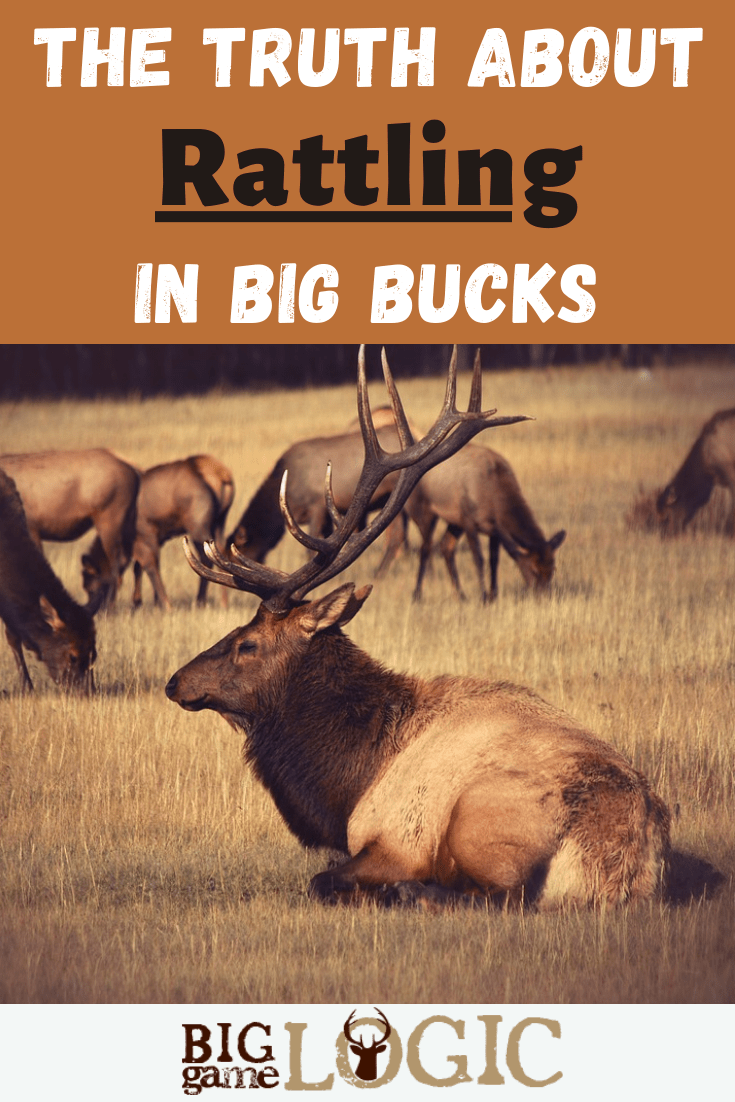 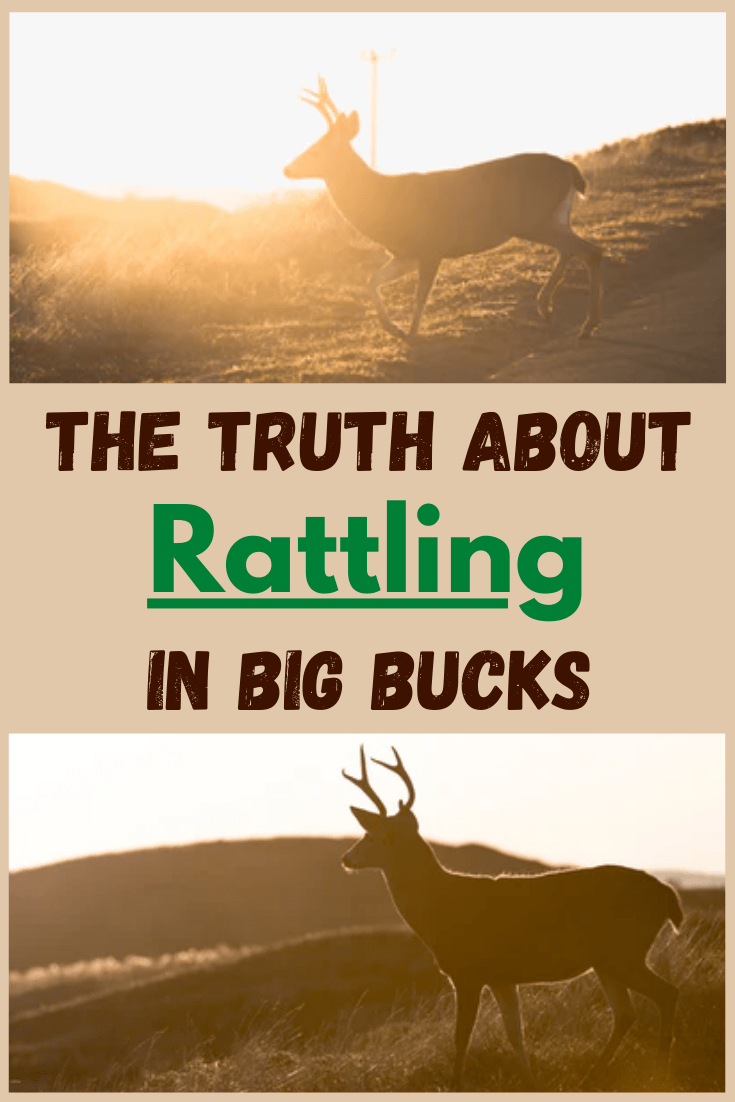 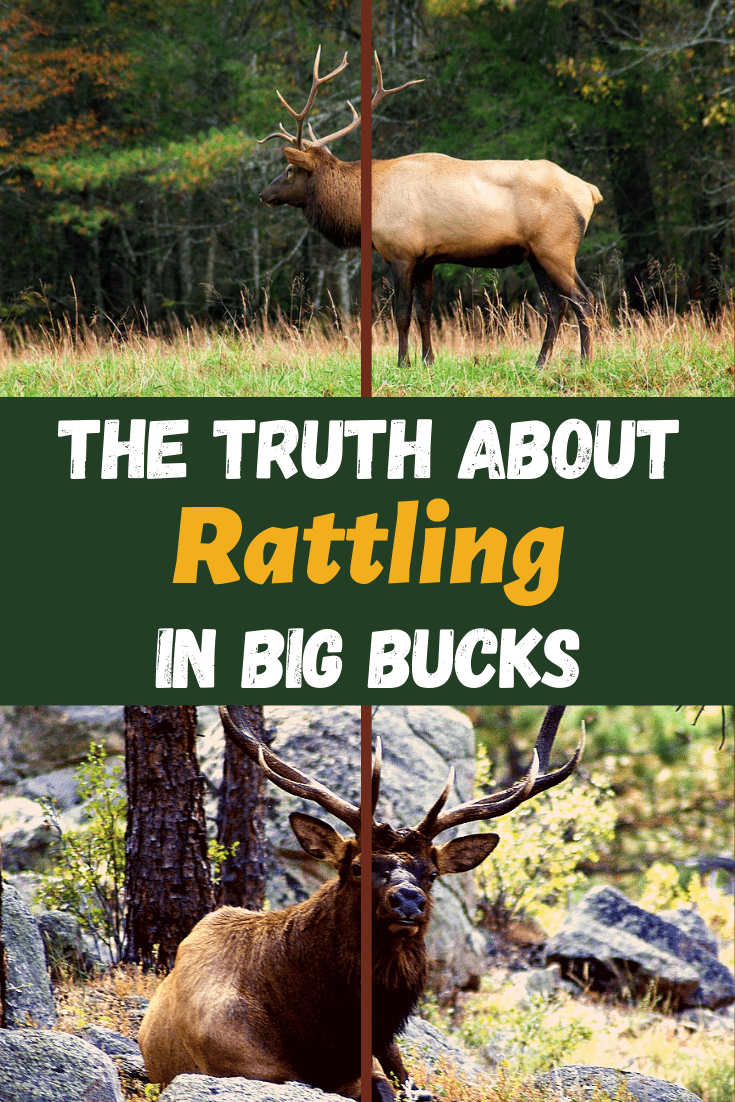 Home » The Truth About Rattling In Big Bucks