The Guns Of Robert Ruark

From the woods of North Carolina to the Kalahari in Africa, Robert Ruark showed us the way of the proper firearm for hunting.

In most of Robert Ruark's novels and stories there has always been good gun talk. So exciting and romantic were the stories, about how the ducks set their wings coming into the decoys as Ruark explained in great detail every iota of the flight on the approach. He even let us know how the Old Man had told him to pick one quail out at a time, or how to lead a duck at different angles. He gave us the stare of the Cape Buffalo, explaining how he looks at you like you owe him money. 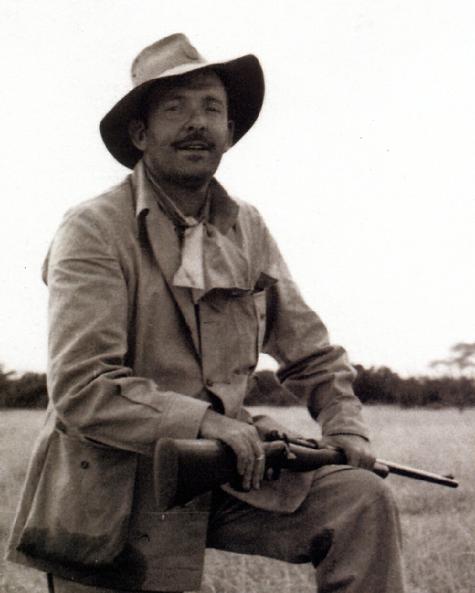 Ruark knew how to add a touch of the dramatic, along with displaying a cavalier attitude that allowed for a few mistakes along with a bit of self induced humor in case of failure. When I talk about Ruark's work it is exciting. If I had it my way you couldn't buy a hunting license unless you read at least two of his books.

Ruark had all kinds of guns, but he didn't get into the technical parts of them as for him they were tools of the trade, but sometimes perhaps a bit more. It just wasn't part of the design of Ruarks writing to get into technical gun discussions. Most of his youth dealt with shotguns at least in his writings. While his safari guns were left up to the advice and scrutiny of the master White Hunter, Harry Selby.

Bob's first “Shotty” gun was a twenty gauge double, but reading the story you don't know what company made it. Then by the time you are completely hooked on the Old Man and the Boy, you find that he gets a Sauer 16 gauge double for Christmas. Now we are talking shotguns here.

Today you see few 16s since this is considered unnecessary as the 12 and 20 gauge will give you the light and heavy of all things shotgun in contemporary hunting situations. But the romantic 16 gauge should be owned and shot sometimes. The steel shot law pretty well killed it for water fowl, but you can still get in plenty of upland bird hunting, squirrels and rabbits if you will. Ruark hunted turkey with the 16 and reported it did well, and no doubt.

My own experience hunting deer with dogs in Arkansas and Louisiana will attest to the effectiveness of buckshot on deer when used properly. The 16 with a load of #1 buckshot is effective. I remember shooting a doe running flat out with a 2 ¾ inch 12 gauge load of #1 buck and it shot right through a yo-pine bush and hit the deer with all 16 pellets, train wrecking the animal on the spot. So it would seem young Bob was well equipped shotgun wise. A Sauer 16 or any Sauer double today will cost you in the realm of three grand, while times were a little better in Ruark's day.

The Old Man shot a pump gun. We know for some reason they didn't like auto loading shotguns which would have denoted the Browning A-5, so the Old Man's pump gun was one of two choices. An 1897 Winchester or a Winchester Model 12. Considering Ruark's rendition of how the Old Man could shoot the pump gun, he probably had both models one right after the other over the years.

I had the pleasure of shooting ducks in Alaska with a model 12, while you can get a perfect replica of the 1897 Winchester as the Single Action Shooting Society of America has resurrected some of the old and great firearms for Cowboy Action Shooting. There are plenty of Winchester Model 12s around if you look. Know that both of these guns were original Browning patents.

As far as rifles, Robert Ruark had a plenty. He first spoke of squirrel hunting with the Old Man and how they sat with .22 rifles and created a squirrel stew. There were so many .22 rifle of the time that Ruark may have used, it is hard to speculate. Perhaps, and this is only a guess, the influence of the Old Man's shotgun may have had a match in the Winchester Model 62 pump action 22 rifle, as they were very popular at the time. I can say this, if I were Bob Ruark I would have wanted one. The Henry rifle company makes a very fine example of one for the 22 aficionado like me that has to have all cool .22s.

Ever wonder where Robert Ruark got the idea of “Use Enough gun”? It was from the Winchester model 70 in 220 Swift. Now as far as rifles go the pre 64 Winchester was the cat's meow when it comes to quality in a firearm. But the 220 Swift left a lot to be desired as a Safari rifle. It was the fastest commercial cartridge of the time, at a muzzle velocity of 4100 feet per second with a 45 grain bullet. It was meant only to shoot woodchucks, prairie dogs and coyotes. 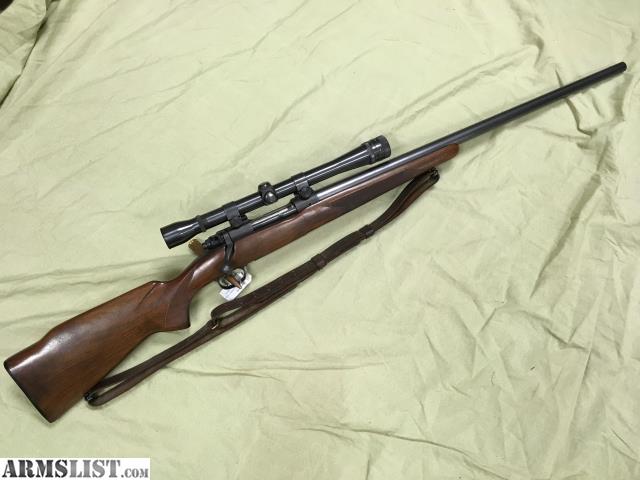 Along came a hyena, just in time for our hero to say Toa the 220 Swift. Ruark's damning with praise of the hyena brought instant reprisal when the little bullet cratered on old Fisi and pissed him off. The hyena proceeded to try to eat Ruark and party for his literary and ballistic sins, being stopped only by a left barrel of a 470 Nitro Express. Now we know about use enough gun, now don't we?

Bob's good buddy Ernest Hemingway talked about the Springfield in The Green Hills of Africa, in reference to his 30-06. He shot just about everything with it, some of which was just too big a game for the gun. You don't shoot Cape Buffalo with a 30-06. Ruark didn't do that but he had a fine Remington 721 in 30-06 for his general plains game shooting and his first Leopard. The rifle was considered to have the strongest bolt action of any sporting rifle of the time, while the 30-06 is as good a plains game cartridge as you can get. Personally I'm in love with this cartridge as a deer rifle or for Louisiana wild hogs. Today a Remington model 700 in 30-06 would still be a fine choice for plains game or leopard.

The only problem I see with the Safari rifles was the lack of a good telescopic sight. Ruark complained about the scope not holding zero which led to many misses. Today its all about scopes but in Ruarks day you shot iron sights on most everything.

There was another Winchester model 70 on the Horn of the Hunter Safari, and this one was the outstanding .375 H&H Magnum. Ruark used this on lion, eland and a kudu the latter when the scope finally gave out on the 30-06.

A 30-06 and 375 is a good combination for a Safari as the cartridges have similar ballistics. The 270 grain 375 bullet has the same basic trajectory as the 30-06 with a 180 grain bullet both at 2700 fps. So the hunter does not have to figure a different ballistic chart subconsciously. Today this pair of rifles is widely accepted as a good battery for a Safari.

When it came to the big stuff, Robert Ruark had a Westly Richards 470 Nitro Express. Now that's a bad boy that fires a 500 grain bullet at 2150 feet per second that will curl an elephants toes with a frontal brain shot. Today a double rifle will cost in the neighborhood of $35,000 no matter who makes it.

Harry Selby was the real gun expert and expert on everything else which makes him the contemporary White Hunter of all time. His Westly Richards 470 was damaged beyond repair and to replace it he hurriedly purchased a 416 Rigby Mauser bolt action rifle. This is truly one outstanding rifle that served Harry for 50 years. They called it “Skiteeni,” because the guys in the Safari Company couldn't pronounce “four-sixteen“.

The 416 Rigby from the Rigby Company might be a little pricey these days, however you can get a fine 416 Rigby caliber rifle from CZ-USA that will serve the Safari in the finest sense of the word. John “Pondoro” Taylor said, “The 416 crumples Lions.” Letting go with a 400 grain bullet right at 2400 feet per second you can just imagine. Not only is the 416 Rigby a good African cartridge but it is a good choice for an Alaskan adventure as well.

On Ruark's last Safari there were two interesting guns that he bought, a 275 Rigby Mauser and a Westley Richards 450/400 Nitro Express double rifle. Upon the purchase he and Selby found that both rifles belonged to the famous elephant hunter W.D.M. “Karomojo” Bell. It was the 275 Rigby that Bell took down most of the 1,011 elephants he accounted for. This is more familiar as the 7x57 or 7mm Mauser cartridge, a mild cartridge in sporting term not even matching a 30-06. Never the less the 175 FMJ bullets laid low hundreds of elephants, the last being taken by Selby's daughter.

The 450/400 is the light elephant gun and chosen by Ruark for his horseback Safari into the Kalahari. It fires a 400 grain bullet at 2150 fps, weighing about a pound less than most African double rifles, and being reportedly just as effective. Ruark being the godfather to Selby's son, gave him the rifles. Once again Ruark showed us that even though he had no children of his own he could in fact… Pass it on.


Home » The Guns Of Robert Ruark