Killing a deer is hard work. Getting close is the first job. Then accuracy comes into play. Before pulling the trigger or releasing an arrow, the deer needs to be in the correct position. Some shots are better than others.

Knowing when and where to take the shot, then being able to deliver the arrow or bullet to the correct spot is vital to making fast, humane kills. The following paragraphs describing proper shot placement are sure to make you a better deer hunter.

This is a tough shot to make and it’s not a good shot for most gun hunters past 50 yards. The target area is simply too small. It’s best to wait for this deer to turn. If you’re going to take this shot, aim for the center of the chest. If the shot is true, the heart and lungs will be demolished and there won’t be much tracking. Some hunters will aim a bit higher and take a neck shot. This could be similarly lethal but the target area is even smaller. I wouldn't recommend this shot unless you’re hunting in an area where buckshot is legal. The head first shot is a total no-no for bow hunters. It’s a small target for gun hunters. But it is even smaller for archery hunters. You’ve got two shoulder bones and a chest plate to contend with. Unless the shot is within a softball sized target, there is little chance of a lethal hit.

The Quartering Toward You Shot Stance

​This is an excellent shot for a gun hunter although hunters with an appetite for front shoulder meat may want to wait until the deer turns a bit more. Put the crosshairs on the left front shoulder and pull the trigger. The shock of a shoulder hit as well as a pass through of both lungs will put a deer on the ground in a hurry. If you’re shot is off three or four inches to either side, you will still get a lethal hit. The quartering away shot is another tough one for bow hunters. The target area is very small and even less forgiving than the head first shot. What makes this shot so good for gun hunters, ruins it for bow hunters. Bouncing an arrow off the front shoulder of this deer isn’t going to be fun for anyone.

​This is the classic layup shot for any hunter. Any bullet in the front third of this deer will pass through both lungs and usually leave this deer in a heap within 50 yards. For hunters with high powered rifles, putting the shot right above the elbow will break the shoulder and pass through the lungs, resulting in what Uncle John Simeone calls the DRT or Dead Right There shot.

However, some low velocity or light grained bullets will pancake on the shoulder, especially at long distances on big, mature deer. I have personally seen this with a 30/30 even at very close range. If you’re in doubt, aim two inches above and behind the elbow for a double lung shot that puts ’em down every time. The broadside shot is the second best shot for bow hunters. Put your pin right behind the elbow to put a broadhead through both lungs and clip the heart. To avoid wounding a deer, stay away from the front shoulder area.

The Quartering Away Shot

While the broadside shot gets most of the glory, the quartering away shot is actually the best shot for gun hunters and archers. Place the crosshairs just behind the front elbow and visualize where the opposite shoulder of the deer is. Put the bullet through both lungs, the heart, and the opposite shoulder for a quick, humane kill. A well placed shot here will lead to an easy tracking job. Bow hunters should put their pin in the exact same place. This is easily the best position for a deer to be in when hitting your release. There is little danger of hitting the shoulder and the soft rib bones are easy for an arrow to pass through. As the broadhead slices through both lungs and the heart, this deer will be on it’s way to your freezer in a hurry.

The Shot From Above

The shot from above is obviously an elevated stand shot. While gun hunters utilize elevated stands, the range of a firearm often prevents this shot from being taken by gun hunters. They have the luxury of shooting a deer before it is directly under them or in the case of a deer walking in from behind, firearm hunters can simply wait for a better shot. The shot from above isn’t recommended for archers. But many deer are taken this way, especially in very dense forests. Most archers aim four or five inches behind the shoulder blades. The goal is to take out the spine or one of the lungs. One of the main issues with this shot is if you miss the spine and hit just one of the lungs, the deer can run off.

Pass-throughs are rare and since the would is at the top of the animal, gravity keeps most of the bleeding internal. So you have a deer that is capable of running off with no blood trail. It can be a recipe for disaster. Allow this deer to take a few more steps before hitting the release.

​Every year there is a guy at the local tavern bragging about shooting a deer in the butt. They will always claim the deer went right down. For every deer that is killed and recovered this way, there are ten that were never found. It doesn't matter what equipment you are using, this shot is off limits. I don’t know about you, but when I’m field dressing a deer I take extra caution to avoid nicking any part of the digestive system with my knife. Why anyone would purposely put a bullet through the guts of a deer is beyond me.

Here is another YouTube sensation. Head shots are never ethical. Yes, I know if you put one in the melon it results in instant death. The trouble is, just about every deer hunter out there isn’t consistent enough to guarantee they will hit the shot. The target area is about the size of a baseball. Try sitting in your stand during the offseason for a few hours and then pick up your gun without any practice shots and put a bullet within 2 of the bullseye.

There are very few hunters capable of this. Sure, it looks cool on the video camera but what isn’t cool is wounding a deer in the head. A jaw shot would ensure a slow, agonizing death. If you think that is a good idea, stick to video games and leave the hunting to others. 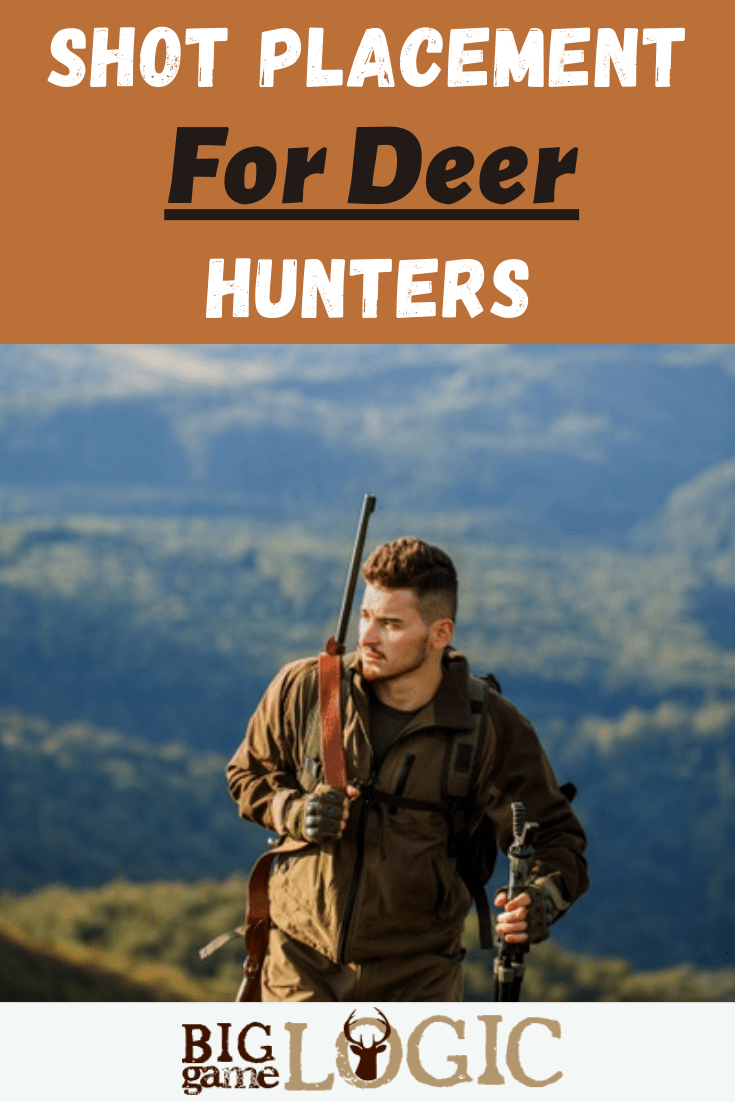 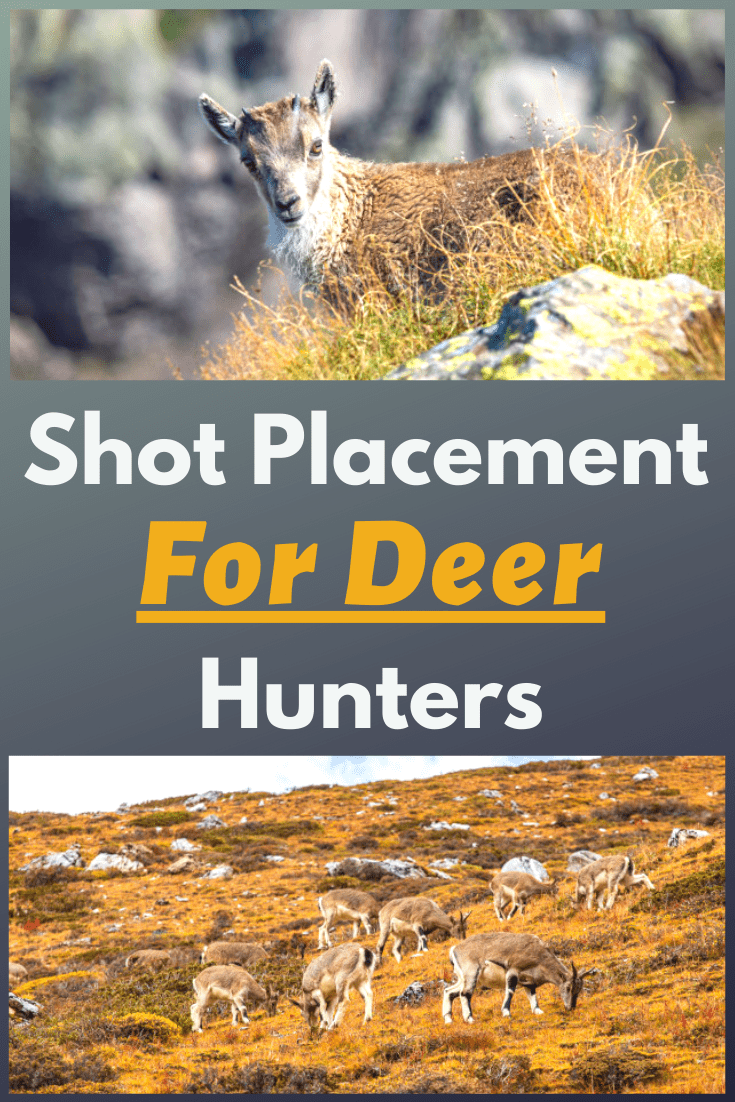 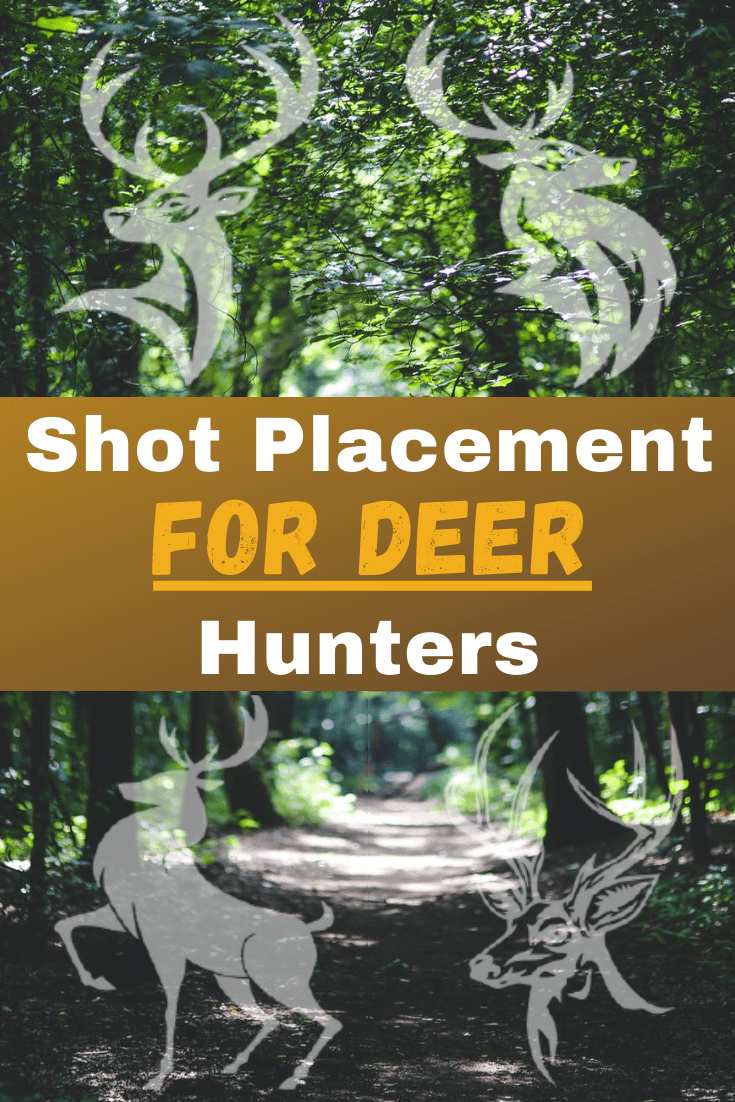