Barnett has been making crossbows for hunters for over four decades and has also been responsible for some very unique inventions and clever innovations within the industry. And like most of the other leading crossbow manufacturers, their products are evolving and getting better with each passing year. This past November, I added a Barnett Revolution AVI to my collection and I would like to share a few of my thoughts about this particular bow.

Even when it is coming out of the box, it is impressive. The very first feature that caught my eye was the AVI finish to the limbs. AVI is the acronym for Barnett’s patent-pending Anti Vibration Isolation System. The limbs are wrapped in a black, synthetic material that is designed to not only to protect them, but also to remove limb vibration and make the bow quieter when fired and used in the field. Does it work? It surely does. Not only is the AVI System effective, but it makes for a presentation that is very pleasing to the eye. The second thing that impressed me was the ease of assembly. One of Barnett’s patents is for the Quick Detach Front End, which is featured on the Revolution AVI. The bow attaches to the stock, but instead of being bolted in place, the stirrup has two locking hooks that slide over pins on either side of the flight track. Moving the stirrup forward, the hooks fasten the bow in place and the latch-unlock clicks into place over the foot stirrup crossbar, preventing the foot stirrup from unlatching. It is a very simple system, yet very secure and safe, all the while making assembly and disassembly quick and easy.

The next step of assembly was to add the red dot scope by simply mounting it onto the dovetail mount, which was already attached to the bow. Once the scope was in place and set at the proper eye relief, there are two other adjustments to be considered on the Revolution.

The first, which was already set comfortably for my body size is adjusting the length of the stock. The Revolution AVI has an Adjustable Rear Stock, which can be lengthened, making it more comfortable to shoot. There was no need for me to make an adjustment as the bow fit my arms like it was made especially for me. The other variable feature of the Revolution’s stock is the Adjustable Cheek Piece. By loosening two screws I could adjust its angle and the height so that my eye aligns naturally and comfortably with the scope. Once the proper alignment is determined, re-tightening the retaining screws locks the adjustment into place. It was necessary for me to make an adjustment to the cheek piece to obtain the desired eye alignment with the red dot scope. With the bow assembled, it was time to hit the range. The Revolution AVI has a 160-pound draw weight and a very healthy 16” power stroke, which produces an arrow speed of 345 feet per second. I had no idea the significance of these statistics would have on the range until I turned on the red dot scope. I was surprised to see that there was only one dot in it. I thought this strange since most red dot scopes now days have a three-dot configuration. Disappointment set aside, I proceeded to zero the single dot in at twenty yards.

I then moved to forty yards and learned that for a 40-yard shot it was necessary to aim 6 inches high to hit the bullseye. Not bad arrow trajectory for a 160 pound bow, if you ask me. Of course, I realize that the big benefit of using a single dot in your scope is that is absolutely impossible to select the wrong reference point when aiming quickly while under the influence of adrenaline surging through your system. Not that any of us have ever used the wrong dot or the wrong reticule, we’re all much too skilled to do that.

Knowing what my limits were with the scope, the next step was to replace field tips with broadheads and determine how they would fly. I shot one fixed blade broadhead, a Magnus Stinger Buzzcut and one retractable, a Horton Assassin at 20, 30 and forty yards. Both broadheads were right on the money at all three distances. I was ready to hunt.

The Revolution AVI and I teamed up for the hunt at Palmquist Farm the end of November and it preformed like a trooper. It weighs in at around eight pounds, is one of the longer crossbows at 37.5 inches and 29 inches wide. It is a very accurate and consistent shooter and comparatively quiet due to the AVI system. I took two whitetails with that bow a day apart. The first shot was made from a distance of thirty yards and the second from twenty. The single red dot of the scope went on the rib cage of each animal and the arrows were accurately driven through the animal’s boiler room on each shot. I watched both animals fall, neither one covering more than forty yards from the point of impact.

I was very pleased with the performance of the Revolution AVI both on the range and in the field. Not only will I be using this bow on a regular basis, but I would highly recommend it to anyone that is just starting out or is looking for an economical ($469.00 MSR) addition to their current crossbow collection. I do warn you, however, that the Revolution AVI may quickly become one of your favorites for the reasons listed above. Barnett has done a good job with this one folks. The only drawback that might bother some users is that because this bow is one of what I call the “Long Toms”, it will probably require a cocking rope for most users. However, the consistent cocking achieved by employing the rope cocker more than makes up for the inconvenience of carrying and using one. Aside from that, this is one heck of a great little bow, people and for around $450, you can’t go wrong with all of the quality features on this bow. 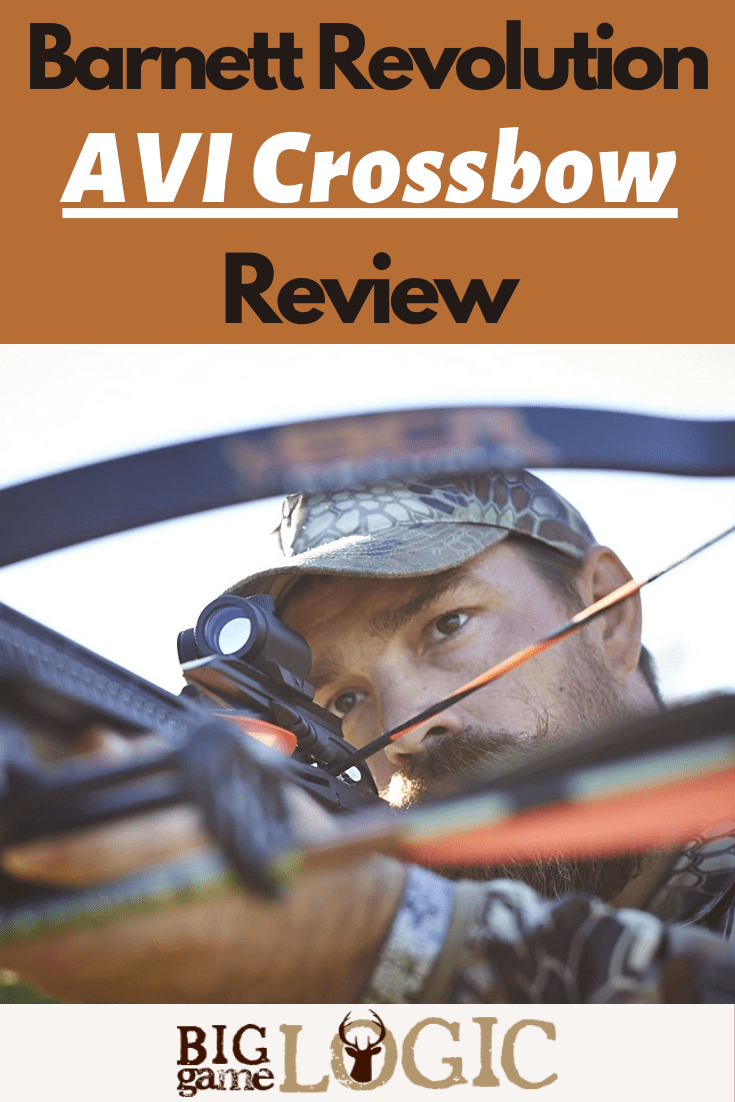 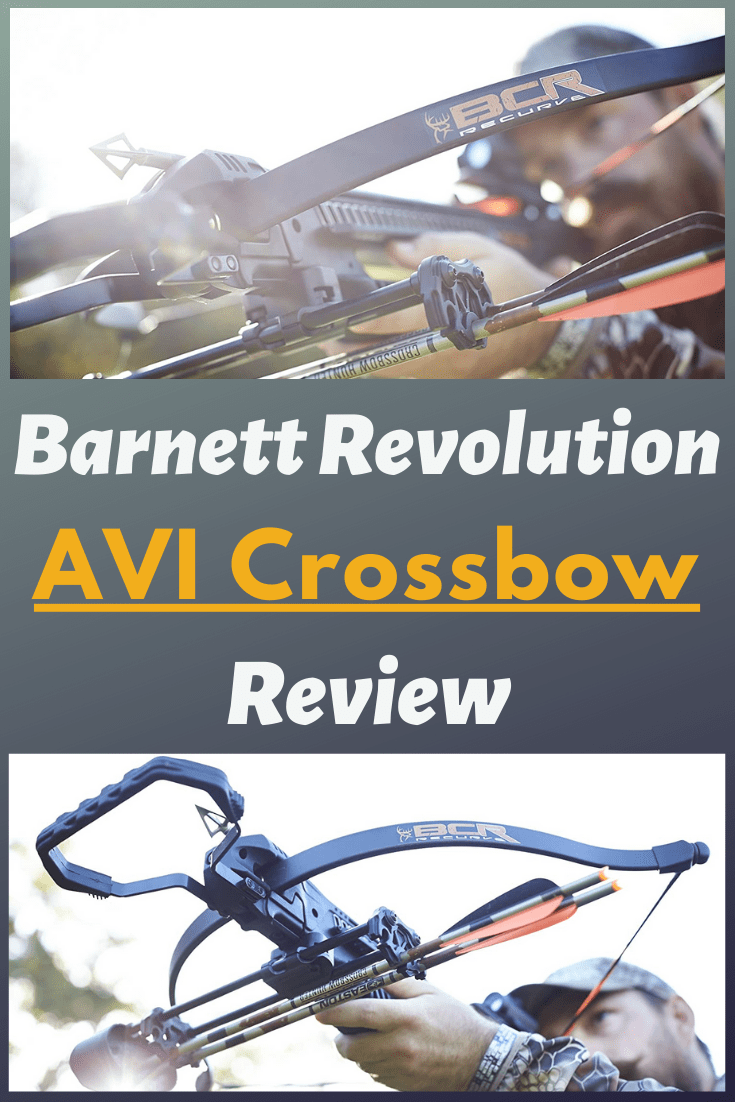