It affects thousands of archery enthusiasts and bow hunters every year, yet many have never heard of it or even know what it is. Target panic is a common problem for archers. In fact, Paul Korn of A1 Archery in Hudson, Wisconsin says almost all archers have it at some level. “It is really to what degree you can control it,” says Korn. The best way to see if you have target panic is to shoot a series of arrows at the range. After shooting arrows, raise your bow up and draw on the target without an arrow.

Korn says most archers are able to hold their bow much more steady with no arrow. He believes target panic is far more prevalent in archery than other shooting sports. “Archery is inherent to it… The reality is it is impossible to hold the pin rock solid on the target. It causes your subconscious mind to do funny things. Your mind does not want to fail.” In essence, with no arrow there is no chance for failure. That is why it is easier to hold steady without the arrow.

Korn says archers with severe target panic can not put their pin on the bullseye. “Right when you get to the top of the bullseye or the bottom of the bullseye, you lock up. You struggle and fight to get the pin on the target.” This causes an archer to spread arrows all over the target area by failing to stick to shooting fundamentals. “You are trying to hold steady and your brain is telling you to shoot because you are getting tired or you’re fatigued. Yet it doesn’t want to fail so a lot of people do what I call drive-by shooting. They punch at the trigger as they are going by the bullseye.”

Those fundamentals are the key to controlling target panic. If your bow isn’t set up correctly target panic symptoms can be compounded. Things like too much draw length or too much poundage can adversely affect shooting. Korn suggests heading to a Pro Shop to get started. “Be sure the bow fits you and the bow is shooting correctly.

All these things will help you be sure you’re practicing with a proper setup and proper habits.” From there, getting rid of target panic is all mental. “Floating on the bullseye and movement is ok. You have to convince yourself of that to start combating target panic.”

When shooting, Korn says to focus more on quality than quantity. “People try to shoot their way out of it. That’s a downward spiral. Nobody ever wants to quit on a bad note. But that’s the problem with target panic. If you think you’re going to shoot your way out of it by shooting 200 arrows… that is the problem.”

Another good tip is to shoot closer to the target. In extreme cases, Korn has had some archers shoot just five yards from the target. Another one of his tips is to cover the target with a paper plate, thereby eliminating the bullseye altogether. “Once you learn that movement is good and you allow the pin to naturally float, your mind will naturally find the center and the shot goes off and the arrow goes there.” 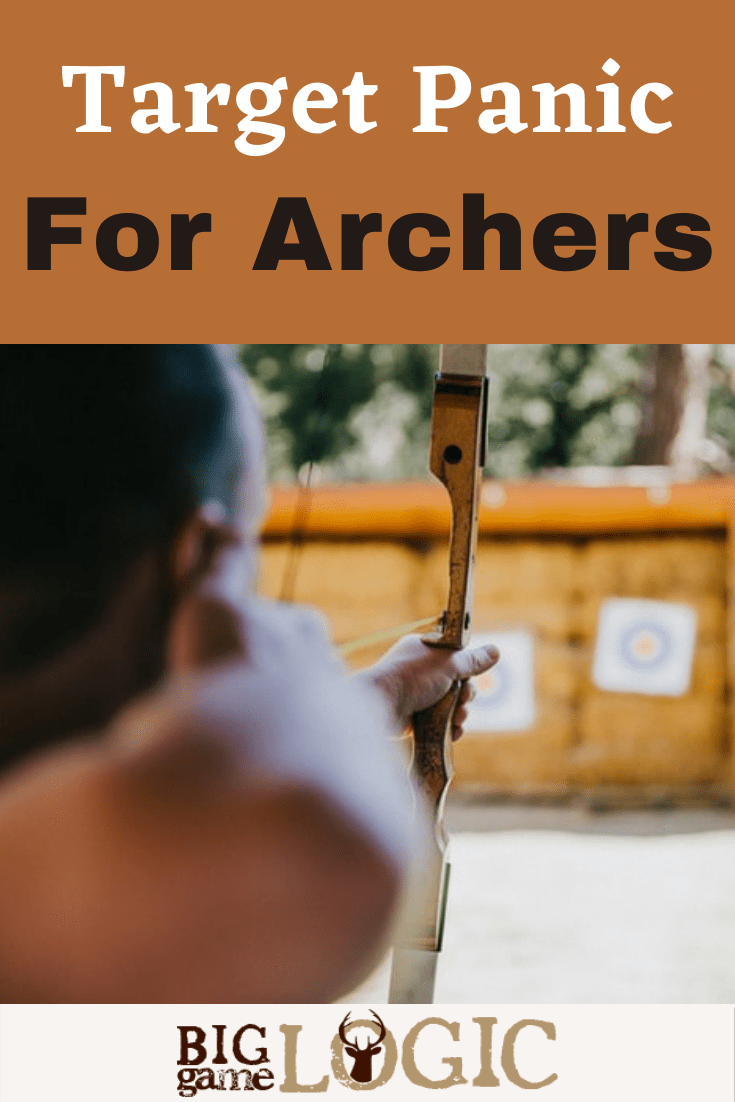 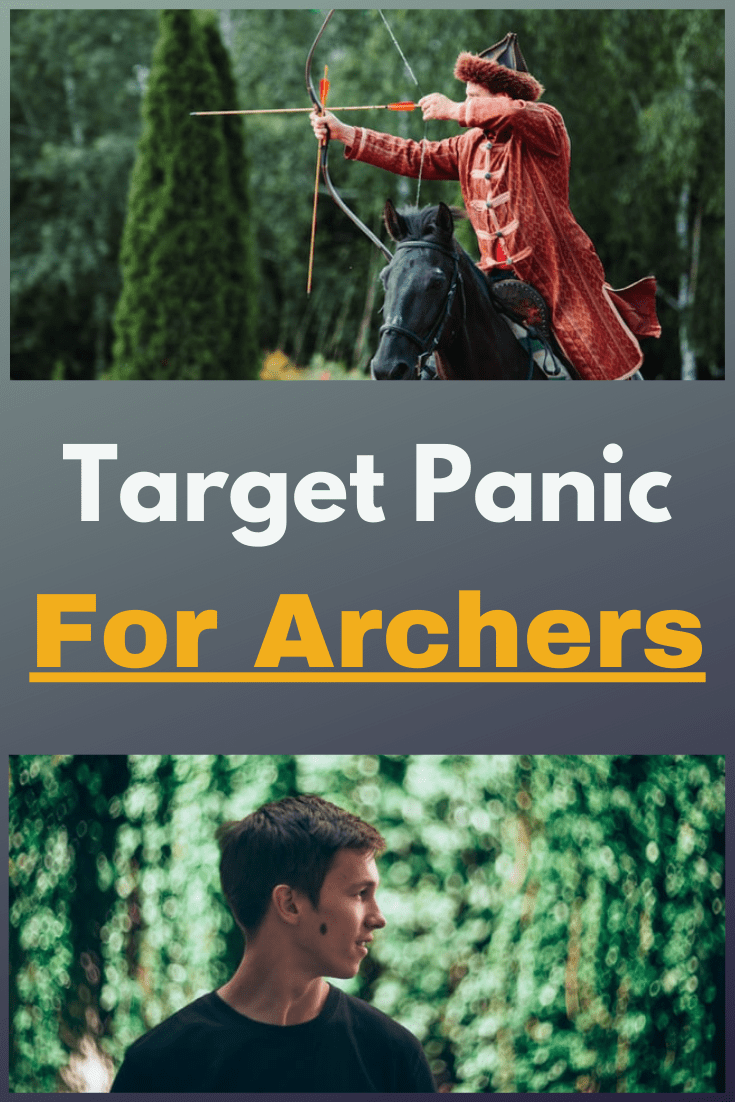 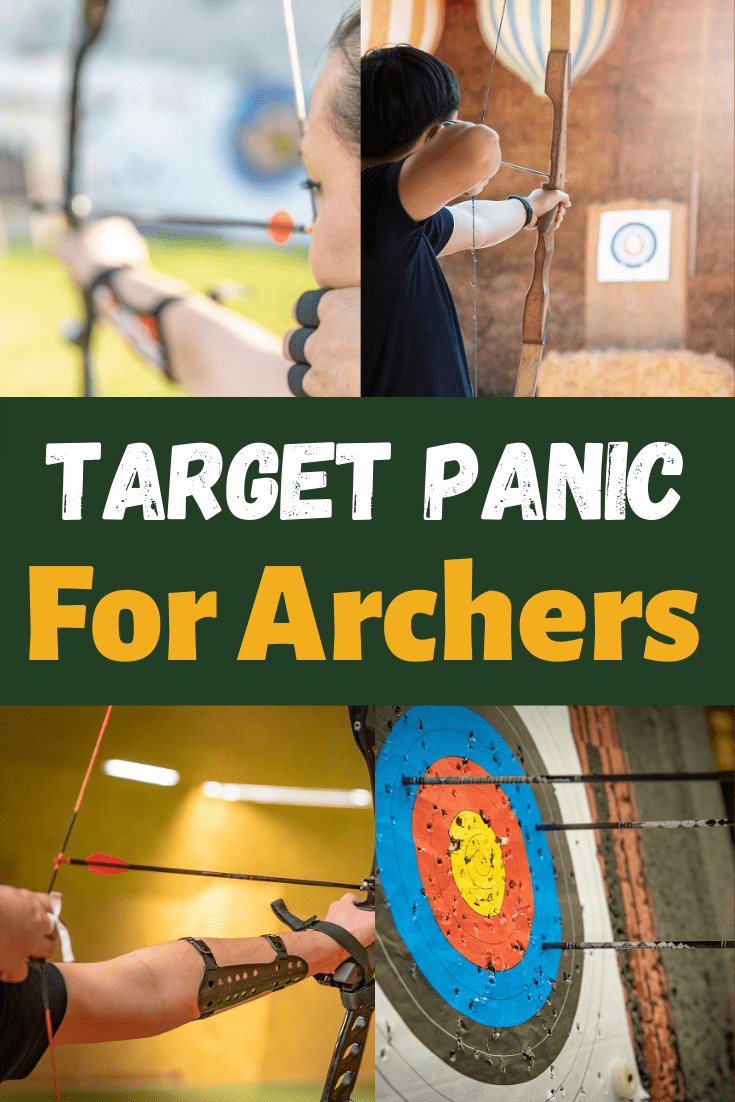